As was reported in the last issue of the Advocate, City College of San Francisco’s Board of Trustees recently voted to send layoff notices to 163 Full Time Faculty. These job cuts are hitting departments across the entire system and will put 400-600 Part-Time Faculty in those departments on the chopping block as well. AFT 2121, the CCSF faculty union, is preparing to fight for more city and state funding to help the college get over this hurdle, and hopefully get long term funding. On March 12th union leaders, students and allies participated in virtual and in person actions to call attention to these pink slips. Over 500 people attended their Zoom Press Conference and over 200 people participated in the Art Installation Action near SF City Hall. 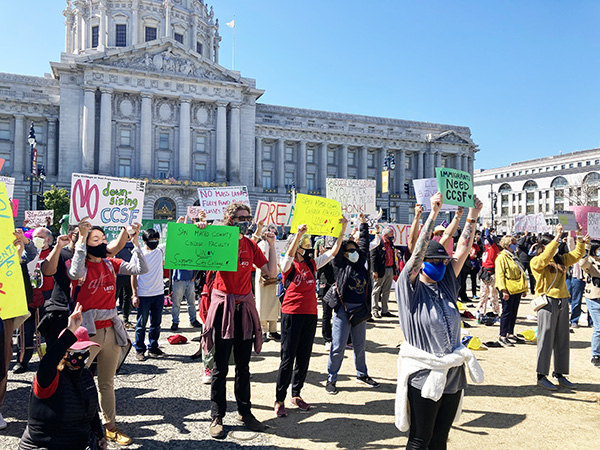 Next we are asking folks to help:

3) Record a short video about why you support CCSF here.

Please join us in taking action.