May 2021 Advocate: In Memoriam: Rich Yurman 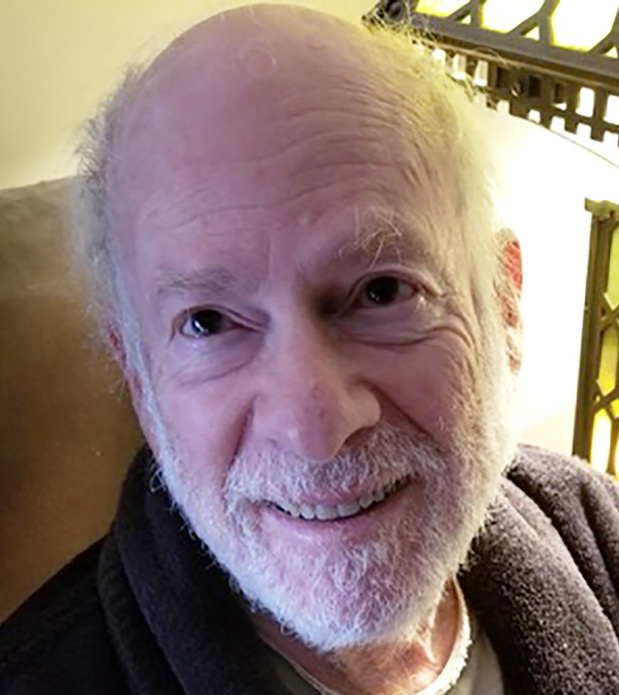 Rich Yurman passed away in his sleep at the end of January 2020. Rich taught at Skyline from the early 1970’s into the 1990’s and was beloved by his students and his colleagues for his humor, generosity, and understated braininess.  Rich started out at MIT as a math guy, and on a whim took a poetry class that detonated his life path. He’d found his true passion and became a poet and teacher of literature and writing. When asked the typical question, “So what do you do?” Rich would invariably answer, “I’m a poet”.

Rich grew up in Manhattan and Queens. After graduating from M.I.T. and Boston U., he lived in Seattle, Honolulu, and for many years, San Francisco, and then moved to Oakland to live with his life-partner, Clo. He retired from Skyline College in 1993 after directing the creative writing program for over twenty years and teaching English, Algebra and Creative Writing. Each spring, Rich worked with student editors to publish Skyline’s literary magazine, Talisman. 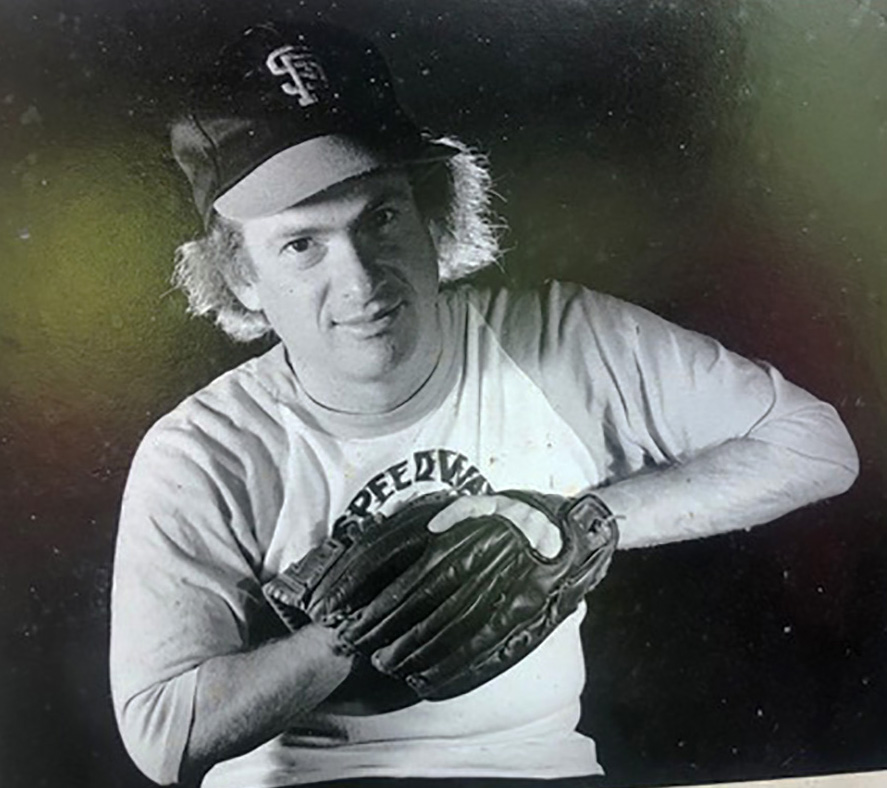 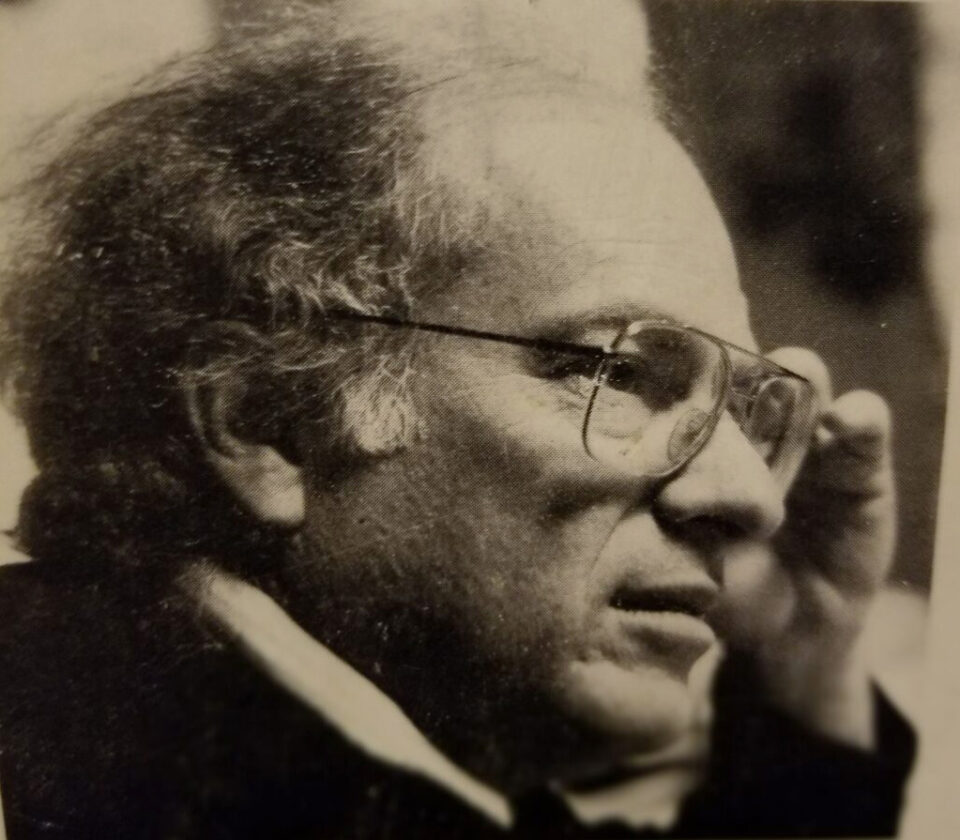 Rich Yurman was the first teacher I had who told me I was smart and talented, and when you’re a working-class kid, first in your family at college and not knowing what you’ll do with your life, hearing that is important. He read my poems and said they were good. I sat in his creative writing and Talisman production classes, deepened my love of language and literature and began to dream of a real life for myself. He encouraged me to transfer for a 4-year degree and celebrated my graduation from SF State with my family. He wrote letters of rec for my MFA and PHD applications, and every day when I step into my own community college classroom,  I think about how Rich’s mentoring saw me through a lot of tough times and helped me stay focused on my big dreams. He was always in my corner and always helped me to believe in myself. The last time I saw him was on a book tour at Beyond Baroque in LA. I took him out to eat and we just laughed and laughed together— he had a great sense of humor and was always full of good advice. The last advice he gave me was: “Teaching is important, but always remember you’re an artist and a poet with important things to say.” I loved him dearly and will never forget him.

Rich was the first teacher I had outside of that bubble of high school who made me feel like I belonged in college. By the time I met Rich I had already flunked out of CSM and didn’t think college was for me, but he knew better. In the environment Rich created, Rich helped me learn and know that I had a special voice— a creative voice that was worth exploring. As an Illustrator and writer, he welcomed me to the staff of Talisman and I did five covers of the book. That honor helped plant a seed that I could be an artist. Rich was also the first writer I had ever met. On top of being a professor, he practiced what he taught, and I’ll never forget how that experience of learning from a writer helped me learn how to read literature— because I had the author’s voice right there in class. He helped open up for me the world of the written word as something important and worthy of serious attention and study. I’ve since gone on to write and draw comics, showcase my fine art publicly, and write my own stories and see them published in anthologies. What Rich taught me was that art and storytelling were living things that we carry in our hearts so that we may connect to other hearts.

Rich maintained a rich and useful life outside of teaching. He wrote plays with the Red Balloon Theatre company and film reviews and cultural news for the socialist newsletter, Common Sense.  He headed-up the Media Alliance Central America Committee and volunteered with the organization, Men Overcoming Violence. When he retired from Skyline, he volunteered in an after-school tutoring program in San Francisco’s Sunset district, working one-to-one with elementary school students who he adored.

Rich published four collections of poetry:  Perfect Pair: He whispered/She shouted, Giraffe, Fascination Dolls, and More, and his poems appeared regularly in literary journals. Much of his writing is firmly rooted in the New York of his childhood, living with his parents and grandparents in Forest Hills. He leaves behind a loving partner, Clo, his son, Lee, daughter, Thea, and grandson, Jake, and many more family, friends, students and colleagues who miss him greatly.

Rich was one of the first faculty members I met when I started teaching English part-time at Skyline in 1978-79.  We connected right off the bat – we had poetry, baseball, and radical politics in common and much more. One day after class I showed him a poem I was working on and with great tact and kindness he said, “I like it, but I’d lose that line. You don’t need it.” He was right. The poem was so much better without it.  That was the beginning of an over forty-year writing and editing partnership.  Rich and I read and responded to one another’s poems in the kitchens and living rooms of our houses and in cafes in San Francisco, Berkeley and Oakland.  We edited one another’s manuscripts and celebrated one another’s publications.  Neither of us could imagine putting our writing into the world without the other’s blessing.

When Rich decided to retire, he encouraged me to apply for a full-time job so I could take over the Skyline creative writing program and Talisman magazine.  The plan worked – I got the job and, with a lot of help and guidance from Rich, enjoyed some of the most meaningful and fulfilling work of my teaching career.  I can’t believe I won’t be able to show him this tribute to make sure I got it right.  He’s my inner reader, my biggest fan, my kind and wonderful friend.

A memorial is planned for June 2nd, Rich’s birthday, at a baseball field in San Francisco.  For more details and to read some of Rich’s poems, go to ryurman.org.