Nov. 2015 Advocate: Instructors Take Note: Your Profession Is Under Attack

Nov. 2015 Advocate: Instructors Take Note: Your Profession Is Under Attack

Instructors Take Note:  Your Profession Is Under Attack

The growing disrespect for and devaluation of teaching is neither a new nor a local phenomenon. Obvious at the K-12 level well before the 2010 release of the teacher-bashing film, Waiting for Superman, the union-busting, charter-school promoting, Teach-for-America version of this trend has not yet expressed itself at the level of higher education.

But we have had whiffs of it in the short-lived (because of their proven inefficacy) elevation of MOOCs, in the takedown of faculty governance at City College of San Francisco, and in increasing layers of administration at our own colleges—high salaries paid while classes are canceled in the name of efficiency. Add to this an almost complete lack of significant action items on the agendas of the committees that carry out what is now called “participatory” (instead of “shared”) governance—and the consequent lack of faculty input in far-reaching decisions about such things as how money is allocated—and a grim picture begins to come into focus.

Frank Young was a previous example
That this disrespect for and devaluation of teaching has taken on an especially poignant and troubling form at Cañada College is obvious to any of you who are regular readers of this newsletter and familiar, therefore, with the story of Frank Young. Although the District leadership supported Professor Young in words, nothing tangible was done to prevent Cañada’s administration from driving an educator who had served the District for almost fifty years into—not early, but certainly unwanted—retirement.

Unfortunately, Professor Young was not the last survivor of such treatment. In December of 2014, a professor who has served the District for more than thirty years was reassigned out of the classroom, a decision that was made without any reference to faculty evaluation procedures, which would not have supported said decision. Because assignment is an administrative prerogative, Lezlee Ware and I, as union chapter chairs, knew that we could not prevent the reassignment, so we focused our efforts on preserving the dignity of the instructor and championing respect for the evaluation process.

Evidence and explanation delayed for 9 months
Such preservation proved to be impossible. During spring semester, Lezlee and I continued to prompt the administration to provide evidence of why faculty evaluation procedures should be superseded as well as an explanation of the reassignment. In January 2015, we were told we had to wait until a newly hired administrator could weigh in on the position. In May, we were told that we would have to wait for an administrative project to take shape.

As the fall semester and the instructor’s projected return to work approached, we sent yet another request (August 2015) for full documentation of why faculty evaluation procedures were not being respected and for a detailed job description. We were promised that a “folder” would be compiled and our questions would be answered. Neither promise materialized.

Administration–not the instructor–raised the issue of retirement options
Not surprisingly, the instructor in question became increasingly eager to learn the scope of the new assignment and increasingly anxious about the fact that a data-driven accounting of its motivation had not been provided. But rather than produce these documents, representatives of the Administration repeatedly reminded the instructor of retirement options—despite the fact that no mention of a desire to retire had been made. 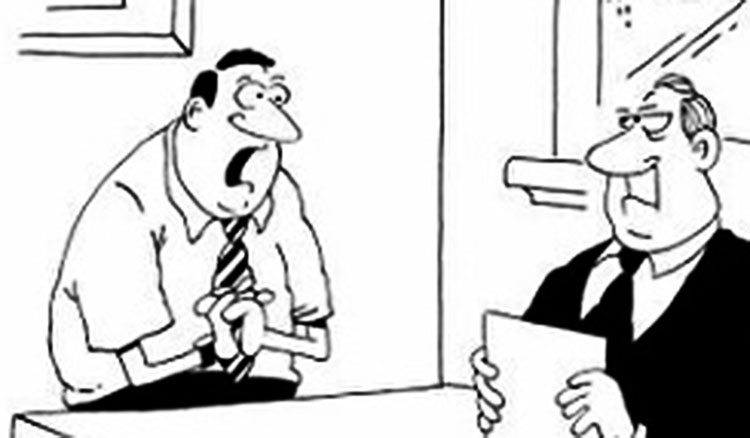 If you’re trying to force people to retire when you think they’re no longer “productive,” shouldn’t you have left many years ago?

Not only was the reassignment conceived and carried out completely outside of the collectively bargained faculty evaluation process, a sign of disrespect in and of itself, but also we were unable to secure either documentary evidence of what had precipitated the reassignment or a job description until the end of September—well into the semester during which the new position was to have started. Time and time again, rather than doing their jobs in a professional and timely manner, administrators at both the campus and District level seemed to be betting on the instructor’s retirement, in the process forcing the exhaustion of the instructor’s sick leave.

Additional obstacles create increased stress
Now, as the instructor attempts to secure accommodations due to the stress of having to deal with what has become an increasingly hostile workplace environment, the District is throwing up additional obstacles: the instructor’s return to work is being postponed beyond the exhaustion of accumulated sick leave and excuses are being made for the shameful foot-dragging of Cañada’s administration based on the fact that the request for accommodations came after the details of the assignment were provided, a sequence of events that must make sense to all but the most illogical of minds.

Long story short: If you are an instructor of long tenure, watch your back and read your contract. If you are a new instructor, you might as well do the same because an administration that behaves in this way toward faculty who have committed long stretches of their lives to public service will not hesitate to do the same to you if it serves their priorities.

And please know that it wasn’t always like this. There was a time when administration respected faculty, when faculty input in decision-making was valued, and when faculty wellbeing was considered in administrative decisions. Your AFT representatives are doing everything we can to protect you and the contract. But it is clear at this point that we will need your help. Please locate your chapter chair as soon as you can and find out what you can do to build the strength of the union. We will need it.