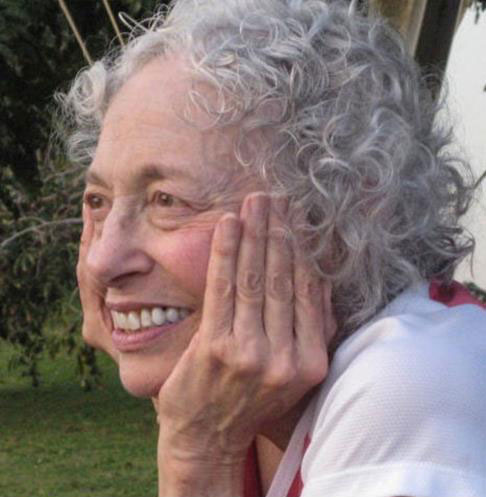 Joyce came to Skyline from Cabrillo College in 1973 and immediately became one of the leaders in the fight to certify AFT as the District bargaining agent.  Once we had won — after three close elections — Joyce spent many years as Skyline’s Union Chair and as a member of the bargaining team.

That bargaining team, led by Pat Manning and John Kirk, achieved model contracts with many of the clauses faculty still benefit from and defend today. Just a few of the important victories that Joyce helped the AFT to win:  A guarantee of 3 units of release time for the work of the Union Chair. Prior to that, all union work was unpaid; Agreement on a written grievance procedure so every grievance negotiation didn’t come down to a law suit or threat of a law suit; Written guidelines for part-timers providing evidence that they were laid off each June with no guarantee of work in the fall, and therefore eligible for unemployment over the summer, a major win with statewide effects.  As a result of these victories, two long-time and very strongly anti-union Board members decided to retire, and Joyce and other union activists worked to elect union-friendly Board members.

Joyce, along with Betty Kaupp and Dorothy Dutcher, established Skyline’s Women in Transition (WIT ) program, which assisted hundreds of women returning to school after a hiatus, often spent rearing children, to succeed in their studies and go on to achieve Bachelor’s and higher degrees.  The WIT program was one of the first Learning Communities initiated at Skyline.

She is survived by husband Richard, son Zac, daughter-n-law Shona and her three grandchildren.

This is a deep loss for the union, Skyline and the whole SMCCCD community.

Joyce Unger, beloved wife, mother, grandmother, friend, teacher, and mentor, died peacefully at home surrounded by her family. For 13 years she determinedly confronted three episodes of lymphoma, complicated by pulmonary fungal infections and ultimately non-small cell lung cancer, which ended her life. After each encounter, Joyce got up and enjoyed living her life to the fullest, including grand-parenting her three wonderful grandchildren.

Joyce was born in 1942 to Caroline and Charles Brodsky in Newark, NJ. Carol and Charlie were early AFT Union organizers and activists.

At the University of Pennsylvania in 1964 she met Richard Unger,  her husband for 51 wonderful years. Joyce and Richard attended the University of Wisconsin, Madison, where Joyce received her MSSW degree, then went on to Berkeley in 1966 where she worked for several years in social work and earned her MPH degree from UCB in 1971. She then developed the first health education, referral and counseling program at Cabrillo College in Santa Cruz.

In 1973 she moved to the San Francisco Bay Area. In 1974 she became Professor of Social Science at Skyline College, San Bruno where she pioneered “Women in Transition” (a women’s college re-entry program), built the Women’s Studies Curriculum, and worked as campus organizer for the fledgling local of the American Federation of Teachers.

In retirement Joyce became a distance walker, walking her first full marathon at age 56 as a fund raiser for the Leukemia and Lymphoma Society. Many marathons and half marathons followed. Joyce was especially proud of a marathon she walked while receiving chemotherapy for lymphoma.

An ardent supporter of the End of Life Option Act, she made multiple trips to Sacramento with Compassion and Choices to advocate for this ultimately successful legislation.

Joyce wished to be remembered as determined, thorny, intelligent, funny, and intolerant of pretension. She had a fast and warm smile, and a delightfully wicked sense of humor.

A memorial service and life celebration will be held on February 19, 2017. Please contact Joyce’s family for detailed information.