Union victory in Board of Trustees race!

At one minute past 8:00 PM on November 3rd, five AFT 1493 activists were crowded into a booth at BJ’s in Tanforan, screaming and giving each other high-fives. The San Mateo County Election Results’ site was up on our phones, and our three endorsed candidates, incumbents Dave Mandelkern and Karen Schwarz, and newcomer Maurice Goodman, were numbers 1, 2 and 3. But was it too early to call? We didn’t know!  All we knew was that it looked very very good, and we couldn’t stop screaming.

Maurice was standing, his wife and four of his children gathered in the booth next to ours, and his phone kept ringing with congratulations calls.  “Did you win,” I shouted?  “I think so,” he said, smiling.  “Everyone who’s calling me says I did.”  Najla Abrao, Math professor and Part Timer Rep at Skyline, sat 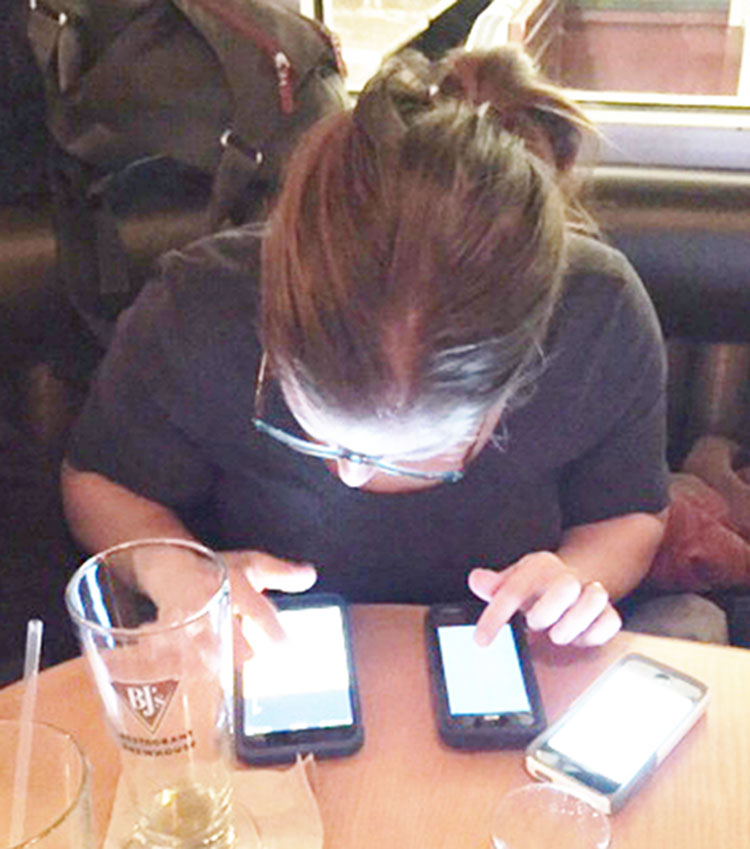 hunched over two cell phone calculators, fingers flying, determined to figure it out based on the number of voters in the county and the votes already in. (See photo at left.) She said it was a perfect example of the statistics exercises she gives her students.  Maurice’s phone kept ringing.  We kept refreshing the election site. The numbers stayed the same.  “OMG”, we screamed, “we won!”

Once all the votes were counted, the numbers looked like this: Incumbents Dave Mandelern, 58,578, and Karen Schwarz, 54,840, and Skyline College graduate and former Student Trustee, Maurice Goodman, 41,082.  All of the other Board candidates were more than 15,000 votes behind.

Why is this election so important?
The Board of Trustees reviews, and creates, policies that impact all of us – students, staff, faculty and managers – and they set the vision for our District.  We need a Board that will think independently and not be overly influenced by District administration.  These are threatening times for public education.  We need a Board that will listen to faculty and take our issues seriously. With the victories of Mandelkern, Schwarz and Goodman, we are well on our way to building a positive and productive working relationship with our Board of Trustees.

What made this victory possible?
Incumbents, unless some horrible malfeasance has taken place, are almost always re-elected.  Dave and Karen are known quantities to county voters, and they both ran strong campaigns.  The union felt confident they would be re-elected. Newcomers have to work triple-time to convince voters to take them seriously.  Maurice and his hard-working family, joined by a small but impassioned union campaign committee, literally pounded the pavement for his election. We tabled and flyered all three campuses and left mailers at every door at College Vista and Cañada Vista. We phone-banked with the San Mateo Labor Council, helped Maurice produce a robocall that went out to 45,000 households, flyered outside a Daly City Safeway, wrote articles for the Advocate, talked him up to colleagues, gave out yard signs, and Michelle Kern helped Maurice fancy-up his website. 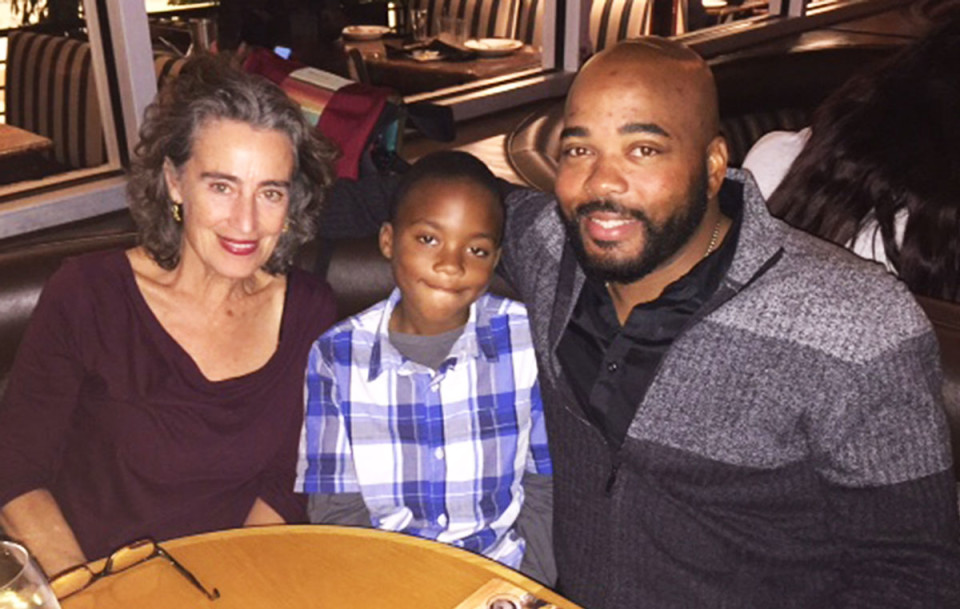 At the start of his campaign, our AFT 1493 COPE (Committee on Political Education) chapter contributed $8000 and we added another $2000 from the union’s general fund. This bought 40,000 professionally produced, informational mailers that were sent to 40,000 households identified as Democrats likely to vote. Just as important, Maurice was endorsed by the County Democratic Club and by the San Mateo County Labor Council, and included in the SMCLC slate card that goes out to thousands of union households.  Additionally, the Jefferson Elementary Union included Maurice on the flyer they gave out to their huge teacher and parent community and they generously invited him to attend many of their functions.

Maurice also showed up at a bunch of PTA meetings and community events, precinct-walked with other like-minded candidates running for office in the county and maintained a strong presence on Facebook.  Oh, and I almost forgot to mention our first-ever (or first in my memory) “Happy Hour to Meet the Candidate”, which was a huge success.  Faculty members from all three colleges mingled with all of the returning Board members.  Maurice brought several of his children, the union brought wine and yummy snacks, and a good time was had by all.

Now the real fun/work begins.  The three newly elected Board members will be sworn in on Wednesday, Dec. 9, and we intend to be there.  Please join us for this historic occasion!