On September 5th, 2015, Labor Day Weekend, I attended an event in Central California commemorating the 50th anniversary of the Delano Grape Strike, hosted by the newly formed Filipino American Historical Society (FANHS/Delano). The event was hosted at the Filipino Community Hall in Delano, California. 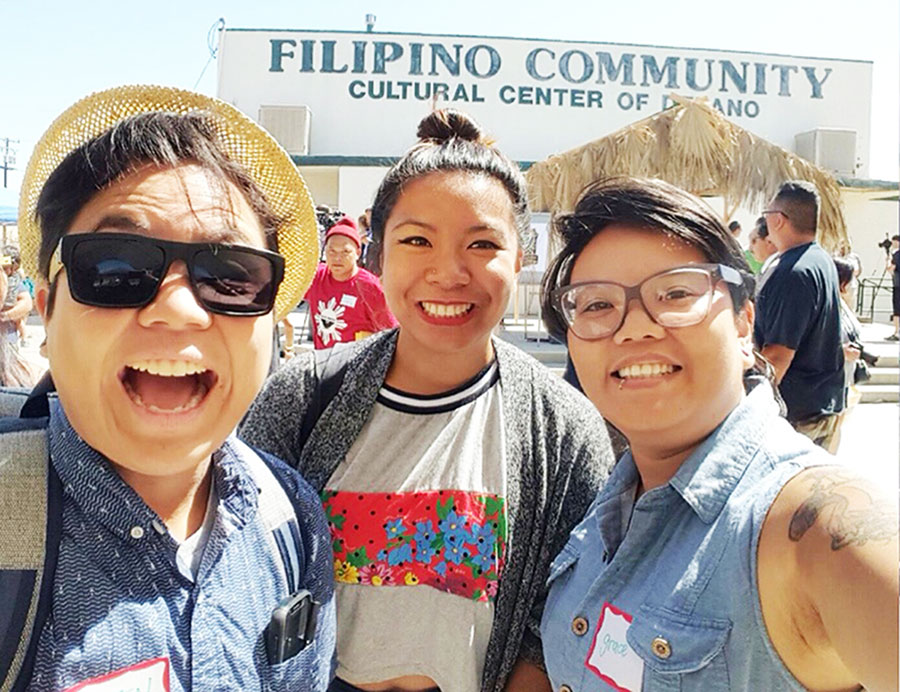 Skyline English professors Janice Sapigao, center, and Grace Burns, right, at the commemoration of Filipino Americans who helped create the UFW in 1965.

Filipinos are often the “forgotten farmworkers” of the Delano Grape Strike.

The names and legacies of older, male Filipino UFW leaders – ‘manongs’ – like Larry Itliong and Philip Vera Cruz are often overlooked for more recognizable historical figures such as Cesar Chavez and Dolores Huerta. 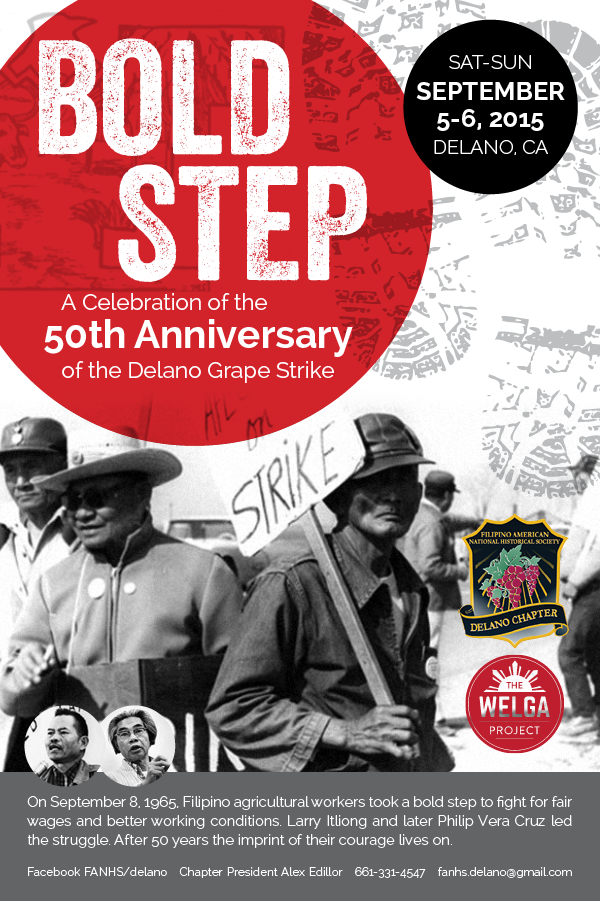 The inspiring event “Bold Step: A Celebration of the 50th Anniversary of the Delano Grape Strike” hosted key figures in the Filipina/o American community: Dawn Mabalon, Associate Professor of History at San Francisco State University, Robyn Rodriguez, Associate Professor of Asian American Studies at UC Davis, Assemblyman Rob Bonta (D-Alameda), and Paul Chavez, President of the Chavez Foundation and son of Cesar Chavez, among many others. These individuals have dedicated much of their professional and personal lives to documenting and educating people about the contributions of Filipina/o American laborers.

Terry Valen, Organizing Director of the Filipino Community Center in San Francisco stated at the event poignantly, “There is no substitute for organizing work.” It was clear that union organizing takes decades of work and strategy, and that working together to leverage power for better working conditions is an applicable, relevant, and necessary fight that continues today.

Organizer Bernadette Herrera also shared this impressing truth about union organizing, “We want a future different from our present reality.”