On Thursday, March 4th, hundreds of Skyline College students left class and gathered on the campus quad for their Day of Action protest against budget cuts.  After a short song, Skyline Against Cuts leader Michelle Araica led off the march.  As student marshals held open doors, led chants, and stopped traffic, nearly 500 students and a dozen or more faculty and staff supporters marched through almost all the buildings on campus, chanting “Hey hey, Ho ho, Budget Cuts have got to go!”.

Hundreds of Skyline students gathered for a 10 am rally (above) and then marched through the campus (below). 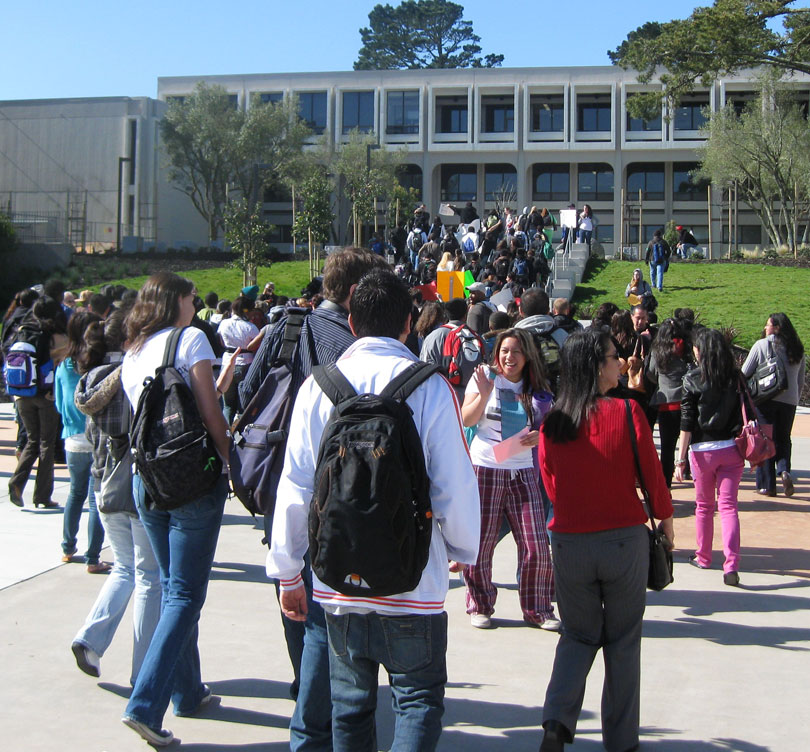 After the march, there was an 11 a.m. rally that include faculty and students speaking out against the budget cuts. Skyline History professor George Wright told the students that Skyline’s action, along with those of other schools throughout the state and across the country, was an “historic protest”.  Cosmetology students led a chant of “Hair Cuts Not Budget Cuts!”

This protest was possibly the largest student action ever in Skyline’s 40-year history.  To build for March 4th, Skyline Against Cuts tabled in the cafeteria, spoke in classes, put up flyers, and reached out to other student groups. They also did a “flash mob” in the campus quad which got a front page photo in the school newspaper.

Skyline Against Cuts was also able to forge a broad united front in support of the March 4 Day of Action.  Students along with Concerned Faculty members mobilized for a meeting of the faculty Academic Senate and got a strong resolution in support of the Day of Action passed.  Skyline Against the Cuts also met with the student government to encourage them to pass a resolution in support of March 4 and to work together on a rally that day.   The broad support for the Day Action led to a very positive statement from the College President to all the faculty and staff about the Day of Action.  Some faculty members cancelled their classes, others cut their classes short so that their students could participate in the Day of Action.

I was able to speak with a number of students after the rally.  Floyd Pitts, President of the Black Student Union and member of Skyline Against Cuts, was one of the main organizers of the Day of Action.  He said that “I was glad to see such a big turnout.  I hope that we can keep the energy going.” 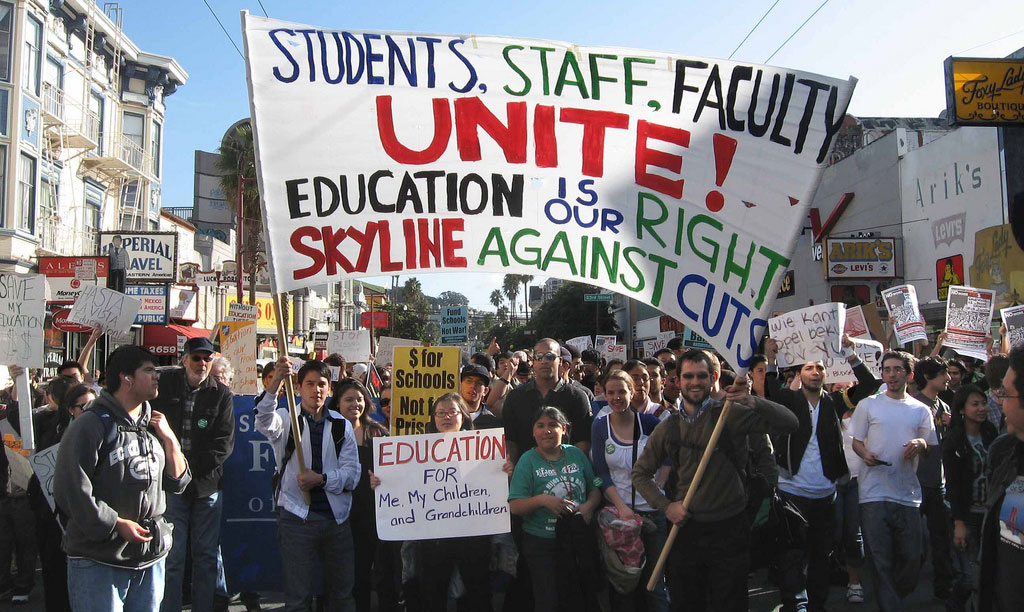 In the afternoon a contingent of students from Skyline Against Cuts travelled to S.F. to join the march to Civic Center (photo by Alan Benjamin)