September 2021 Advocate: What Is CAT?

What Is CAT?  Check out our union’s Contract Action Team!

In the summer of 2019, as contract negotiations between our union and the district floundered, AFT formed a Contract Action Team (CAT) to encourage faculty activism around negotiations and to build momentum through grassroots organizing. We were inspired by other education unions who successfully used their contract action teams to great advantage when organizing for fair contracts. 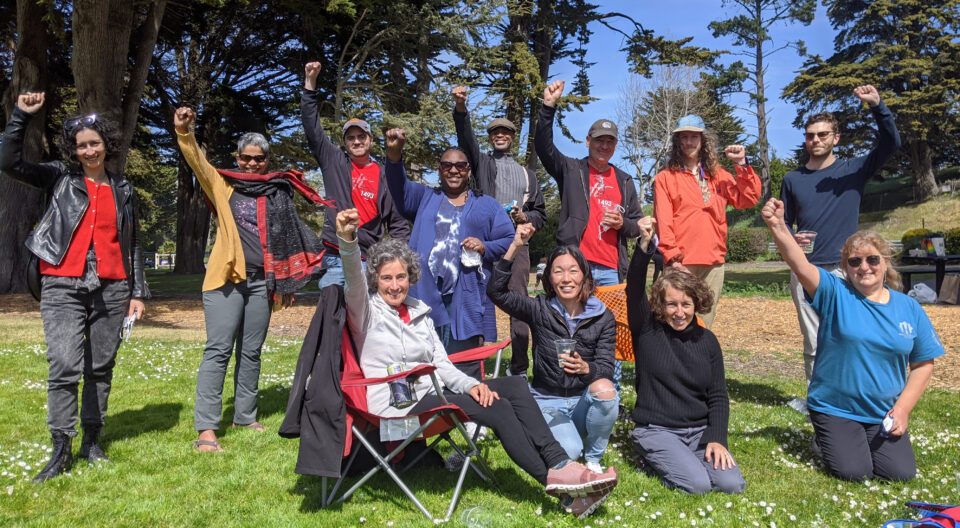 Our Contract Action Team consists of both rank-and-file union members and union officers, and CAT members report back to the union’s Executive Committee at our local’s monthly membership meetings. CAT has played an active role in supporting our union negotiating team, communicating with and mobilizing faculty around previously hard-to-win issues, including Part Time Pay Parity and Workload. CAT’s organizing efforts ultimately helped bring negotiations to a successful settlement last May, when District faculty overwhelmingly ratified the Tentative Agreement for a new multi-year contract. During the almost two years the group worked to support negotiations, CAT members continued to meet regularly—typically on a weekly basis.  Different faculty members have attended CAT meetings at different times, depending on when issues of concern to specific faculty groups were being negotiated.

Our three-year contract was settled in May, but that didn’t stop our Contract Action Team from meeting and acting on issues related to faculty working conditions this summer, such as health and safety concerns for faculty returning to in-person work and issues around class enrollments and early cancellations of classes. CAT quickly responded, raising awareness of these problems, and taking faculty members’ concerns to administrators and Board members. In looking ahead, it has become clear to CAT members that the role of the group should continue beyond support to contract negotiations. CAT members see the group’s role as not just to activate faculty during the negotiations cycle, but to be an ongoing organizing body to ensure that issues related to faculty working conditions are actively addressed in a timely manner,

CAT has evolved into a space that combines organizing and action with learning. We learn from one another as we work collaboratively to actively respond to issues impacting faculty. Current CAT members know that the successes the group has achieved couldn’t have been accomplished without faculty participation from all three colleges and from a range of different divisions and departments.

CAT meetings are usually held on Wednesdays from 4:00-5:15pm and the agenda and zoom link are posted on the AFT 1493 website.  Once a month when our union’s Executive Committee meets on Wednesday afternoons, CAT may meet on a Tuesday or Thursday.

It’s a powerful experience to work with other faculty members to activate change!  We look forward to seeing you at the next CAT meeting: Tuesday, Sept. 7, 4pm – 5:15pm. Zoom link:  https://us02web.zoom.us/j/7052173089. If you have questions or want to reach out to us, we want to hear from you. Contact AFT Chapter Chairs and CAT members: Rika Fabian at Skyline (fabian@aft1493.org) David Lau at CSM (lau@aft1493.org) and Doniella Maher at Cañada (maher@aft1393.org)