SUPPORTING SOCIAL JUSTICE IN OUR COMMUNITIES

It’s hard to imagine that just under four months ago, our country was thrust into a pandemic, a looming evictions crisis, and likely the civil rights movement of our lifetimes. All this, while climate change and the rising cost of living continue to threaten and displace thousands of our residents. The pandemic did not just cause new problems—it exacerbated existing inequities that have persisted for decades. The fact that 63% of Americans don’t have enough savings to cover a $500 emergency while 3 people hold more wealth than the bottom 50% of Americans highlights the dire need for change in our established political and economic systems. 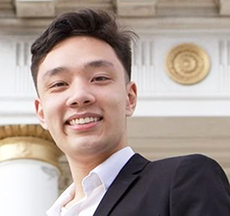 My name is James Coleman and I’m running for city council in South San Francisco. I’m a lifelong resident of South City who attended K-12 public school in my district. After being admitted into Harvard University to study biology and government, I’ve had the opportunity to organize with various organizations, including the Harvard College Democrats, Harvard College YDSA, and Fossil Fuel Divest Harvard. I’ve fought for safe and equitable working conditions, affordable housing, action on climate change, and increasing resources and services for our entire community. Now I wish to use the experiences, education, and privilege that I gained at Harvard, and bring it back to South City where I can empower and improve upon the community that I once grew up in.

I will fight to bring the things we know we deserve—a fair wage, real affordable housing, universal high-quality education, a healthy planet—to reality. We’ve all heard politicians make the same excuses… This health care plan is too expensive. That clean energy plan is too ambitious. But, now we find ourselves in a world rocked by a pandemic, many of us in communities devastated by wildfires and unsafe air to breath. What is the alternative?

To win, we must build a diverse coalition to unseat an 18-year incumbent. Our demands for justice and change can only be met through a unified front, not only to gain concessions to our demands or win a single seat, but to build working class power that will last beyond our campaign.

During the 2018 strike in West Virginia, teachers united with school service workers to bring together a broad base of support in an unprecedented fashion, forcing schools to completely shut down statewide. Teachers around the state self-organized with churches and local grassroots organizations to deliver meals to students who depended on free food provided by their schools. It was through this broad coalition that the strike was able to achieve its goals, even in the face of a GOP-controlled state government, which included a 5% raise for all public employees in the state.

Our campaign is working to build a coalition of educators, workers, immigrants, renters, young people, and grassroots organizations to meet this unprecedented moment in time. As a community, we have the potential to emerge out of this crisis. We can stand with our workers and ensure that they are paid a living wage. We can protect our residents and save our small businesses. We can build a South City that everyone can afford to live in. It’s not a question of if we are able to, but if we have the political courage to do so.