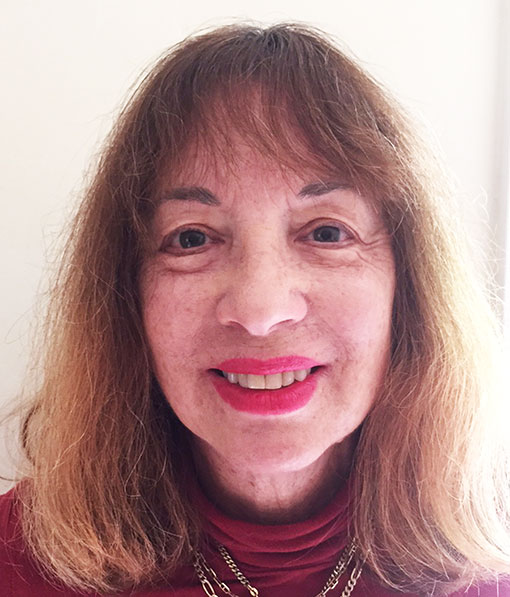 I’ve been retired since 2001 after 32 years as a full-time faculty member and I’ve come to the conclusion that retirement can be something out of Dickens. For example:

1.     The Best of Times: I love getting up in the morning with a cup of coffee and the New York Times and not having to rush to class.

The Worst of Times: the news is so bad these days: climate change, nuclear proliferation, refugees–that I’ve considered canceling my Times subscription that I’ve had most of my adult life.

2.     The Best of Times: I have time to get plenty of exercise and I ‘m actually a godmother to an English Lab that I walk almost every day.

The Worst of Times: Have you noticed all the traffic and building that’s taken place in our beloved Bay Area? It’s hard to smell the roses when you’re walking and inhaling construction fumes. Does that cancel out the benefits of my exercise?

3.    The Best of Times: I have plenty of leisure time and can visit old haunts.  I went to C.S.M. recently and was amazed at the new buildings and beautiful views.

The Worst of Times: When I started looking around at faculty offices and talking to people at C.S.M. it confirmed my knowledge of the many changes from the district heyday of the late sixties and the 1970s. (Prop 13 really was the beginning of the end of the golden time.) Things seem more like an academic factory now (though nicely appointed) than an academic community, with so many administrators and part-time faculty and few full-timers. If you were there in the seventies you know what I mean. 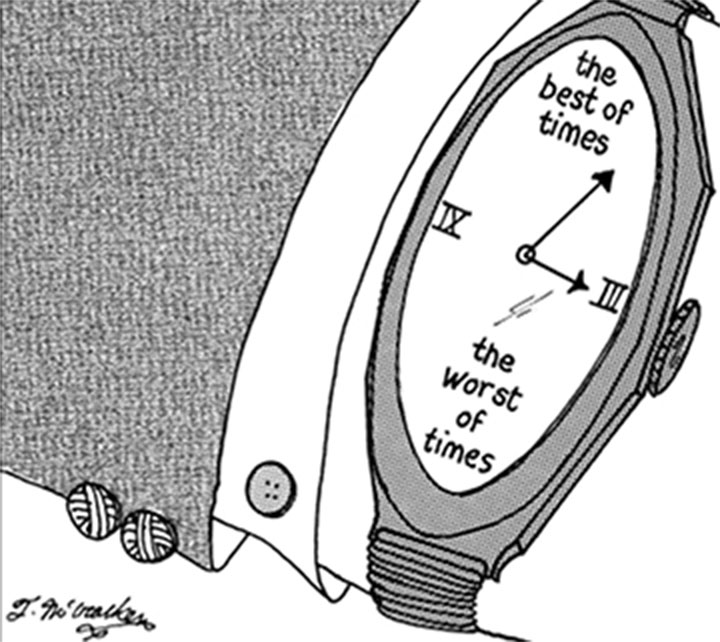 Times:  Since I no longer have to be current in my erstwhile field (psychology) I can learn more about all kinds of interesting things–trees, plants, cooking, poetry.

The Worst of Times: I’ve not added to my knowledge in any of these areas, however I’ve become pretty good at Sudoku.

5.    The Best of Times: In regard to number 4, the pressure to learn things to impress others with how smart one would like to appear is reduced when retired.

The Worst of Times: In reality, to impress anyone now would really be a stretch, as one’s memory and retention processes tend to implode as one ages, along with one’s driving skills.

6.    The Best of Times: There is much more time to travel off-season and explore the world.

The Worst of Times:  Have you been on an airplane lately? Do you know anyone with a private plane?

7.     The Best of Times: In retirement I can spend much more time with my young grandchildren. I can read to them and tell them stories.

The Worst of Times: Although they’re good kids and they humor me, my grandchildren would rather do Minecraft than listen to my stories.

8.     The Best of Times: I can stay up late and watch noir British detective series and recommended films.

The Worst of Times: Even with the volume up embarrassingly high I can’t understand the British regional dialects and low volume mutterings in film. Why can’t the English speak English? Or is it just my diminished ability to process?

9.    The Best of Times:  Retirement is a second chance to light a creative spark–art, music, authorship. Grandma Moses did it and many people seem to be writing first books at later ages.

The Worst of Times: I guess I’ve been lucky. I haven’t had to repress creative urges because I haven’t really had any in the past. It’s a sign of maturity to know one’s limitations and hey, there are good museums and libraries around so we can admire the talent of others.

10.    The Best of Times: Retirement is an adventure in discovery, a time to discover the real me.

The Worst of Times: Wait, I was a psychologist after all and one of our truisms is that there is no real me. People do change their core behaviors as situations change. Unless they don’t, of course.

11.    The Best of Times: I have much more time to spend with my retired husband.

The Worst of Times: I have much more time to spend with my retired husband.

Seriously folks, even though I have wonderful memories of my time at CSM (it really was a dream job) and faculty and students who influenced me enormously, I find retirement to be a far, far better thing. It is the spring of hope, not the winter of despair. There is much to do out here and I am never bored, just grateful for the choices that await me.