Paul Bissember was hired as our new AFT 1493 Executive Secretary over the summer and began work in August, replacing former Executive Secretary, Dan Kaplan, who retired after staffing our Local for 24 years. To give faculty members a chance to learn more about Paul, Katharine Harer (Co-Vice President & Member Outreach Coordinator) recently conducted the following interview with him. 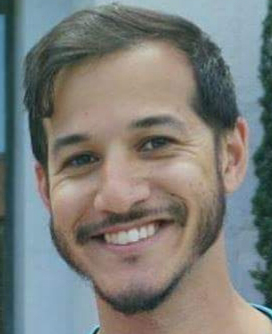 Where did you grow up & go to college?

I grew up in a small town in upstate New York, called Cobleskill. I studied Spanish and Political Science in a liberal arts school, Siena College, right outside of Albany, NY. During my undergraduate studies, I spent a year abroad in Argentina studying Spanish at the Universidad Blas Pascal in Córdoba for a semester and then Political Science at the Universidad Nacional de Cuyo in Mendoza. In preparation for grad school, I took some night classes at SUNY Albany in the Latin American and Caribbean Studies department and received an M.A. in Latin American Studies from UC Berkeley.

How/Why did you get interested in doing union work?

I first got involved in the labor movement as a Graduate Student Instructor at UC Berkeley where I taught classes in Spanish and Latin American Studies. During my time at Cal, I was active in our Academic Student-Worker’s union, UAW 2865, both as a rank-and-file member, and later as an elected Head Steward. As a Head Steward, I organized graduate students in Latin American Studies and the Spanish and Portuguese departments, helping them to recruit members and educating them about our contract campaign. I also served as a picket captain when we went on strike in 2014. It was there that I learned about social movement unionism, a bottom-up method of organizing that connects union issues with those of the broader society. This model of unionism allowed us to organize a contract campaign to win historic protections for undocumented and LGBT+ students as well as salary increases, benefits expansions and more.
In your last job you were a Field Representative at UC-AFT, the faculty union at UC Berkeley. What’s one example of something you accomplished that helped faculty at UC-AFT?
I learned so much working with the lecturers and librarians at UC-AFT! One example had to do with supporting a lecturer who was going through a difficult time within her department. The department tried to reduce her teaching appointment at a critical moment in her career in which she was about to gain increased protections around job security. She felt such disrespect after working there for so many years, and she was a favorite instructor of many students. The department’s action violated the contract, so the lecturer and I studied the contract and prepared a grievance together. All along the way, I explained the importance of understanding our rights under the contract and emphasized that all lecturers should be able to understand their rights and advocate for themselves. Through this process, she gained the confidence to advocate for herself, to educate the department and her colleagues, and ended up having the decision overturned. She gained an important victory through her grievance. She became an expert on this particular section of the contract and later joined our grievance team. She became a Site Rep and advocated for her colleagues. She told me that she wanted to serve in this role in order to make sure her colleagues would know their rights and stand up for them.

When I first met you, you were working as an Organizer at the California Federation of Teachers (CFT). How did your work at CFT help prepare you for being the Executive Secretary of our union?

My experience as an Organizer within CFT provided me with invaluable skills in both internal and external organizing and allowed me to learn from a dynamic team of organizers.  I was able to work closely with faculty across various community colleges and learned about the challenges and issues facing educators as well as share the joys and stories of some incredible teachers. I worked with faculty leaders at West Valley-Mission Colleges, supporting their organizing efforts through one-on-one conversations, membership drives, and committee work.  This allowed the local union to sign up nearly 70% of faculty as members in under two years. In addition, I worked closely with other locals to focus on community, political, and member engagement.
We worked with faculty and community members through a Public Education Conference held at Skyline College and in housing rights coalitions with union leaders at Jefferson High in Daly City. It was through the CFT that I first was able to work with the faculty at SMCCD through the Workload Equity Campaign back in Spring 2016, where we worked on mapping and charting our worksites. During that campaign, I helped the union carry out targeted conversations with faculty members, allowing us to speak with over 200 people at all three colleges.
In addition, I participated in a new organizing campaign which resulted in winning a union for the part time faculty at Temple University in Philadelphia and helped support contract campaigns, along with the United Educators of San Francisco, at a newly affiliated French Bilingual School in Berkeley and at San Francisco City College faculty, working with their union, AFT 2121. My experience working with UC-AFT at UC Berkeley allowed me to deepen my organizing experiences and further develop conflict resolution skills, organizational best practices, and grievance handling. During my time there, I was able to bring to a successful resolution a longstanding PERB (Public Employee Relations Board) complaint involving the reorganization of the UC Berkeley library system.

What attracted you to want to work for our union?

Ever since my experience working at the CFT, I became inspired by community college faculty and their unions. I’ve seen faculty work tremendously hard to teach some of the most marginalized students in our society and this commitment has left a lasting impression on me and led me to want to pursue a career working within community colleges. Throughout my experience supporting AFT 1493’s organizing efforts during the Workload Campaign, I saw first-hand the faculty union members’ and leaders’ dedication towards their students and their colleges as well as a commitment to advocate and defend their own rights as educators. I feel very grateful to be in a position that allows me to continue my commitment and passion to support teachers’ unions as well as to have the opportunity to teach in a community college.

Tell us about one or two of the most important things you hope to accomplish in your new position as Executive Secretary of our union:

Firstly, I would like to work on engaging and bringing in newer faculty to our union. This work has already been going on and I’d like to continue supporting these efforts. In addition, I’d like to help create an environment in which faculty get involved in the union not just when there is a problem, but to see our union as a space to organize and advocate for issues faculty care about and to build a community that supports one another, one where members engage in collective democratic discussions and decision-making.

You’re teaching a Spanish class at Canada as an adjunct faculty member this semester — what do you like the most about your class so far?

My favorite thing about my class is the students! There is such a wide variety of experiences and knowledge that they bring to the classroom that makes it a lot of fun and very enriching.

What do you do for pleasure when you’re not doing union or political work?

When not organizing, you can find me playing guitar (cumbia, son cubano, and some bolero as of late), discovering new board games, travelling around Latin America or watching movies with friends.

What’s one thing people might not know about you?

One thing people might not know about me is that I have a twin brother! He is also a union organizer, with the NY Nurses union, and he’s also a City Councilmember in Troy, NY.

What have I left out that you want faculty in our district to know about you?

I am very much looking forward to bringing my years of experience working in California higher education unions to support our union, to represent and advocate for faculty members across our district, as well as to fight for our students, community members, and public education. I look forward to meeting you all and working with you to continue to build and strengthen our faculty union!

As many of you know, our faculty union has been in contract negotiations for nearly one year.  Although we have had many in-depth discussions with the district, we have not made significant progress to improve the working lives of faculty.  We need your voices and active participation to win a FAIR contract!  Make sure to […]