Part 1 of this report, published in the May 2017 Advocate, detailed the changes in legislation that removed community colleges from the K-12 system and made them a separate entity with their own rules for collective bargaining. The article ended with the AFT and CTA finishing with a run-off in the first voting for sole bargaining agent in the District.

Having gotten the run-off against heavy odds, we quickly developed a strategy to win it:

This was carried out by a majority of the members, devoting many hours, especially returning to the campuses to meet with evening faculty.

Again we sat in a room at CSM and sweated through the vote count, soon realizing we had come up very short. We gained votes but CTA gained more. Final count: CTA: 408, AFT: 357.

This was a bitter defeat, especially when we realized it was not just a matter of 41 No Rep voters switching to CTA, but we also found that 63 more people voted in the run-off than had voted in the first round.

We began a deeper analysis of the votes. AFT had won at Cañada, broken even at Skyline, and almost broken even at CSM, but among the evening faculty, CTA had made a substantial gain. It turned out that many evening faculty taught at high schools in the county and were CTA members at those schools. The CTA field reps had put great pressure on those teachers to bring in a CTA win in the SMCCCD.

A second factor was the defining of all administrators as management. At Skyline, Betty Kaupp (photo, far left, circa 1970), Shirley Kress (photo, near left, circa 1970) and Judy Watkins, all former CSM faculty who had moved into administrative positions and all extremely active original members of the Skyline chapter, could no longer be part of the union and could not ethically advocate for AFT votes in their divisions.

Further, at Skyline there was a history of deep antagonism toward those 3 women, all of them out lesbians, among a number of male faculty and counselors who had also transferred from CSM to Skyline when the college opened. Those men were among the most vocal leaders in the anti-AFT campaign at Skyline, especially among day part timers.

Having won, CTA set up a bargaining team to negotiate the first contract under the new law. This team, even with the aid of the Burlingame office, seemed unprepared to deal with the hard line bargaining team from the District Office. The result was a contract full of major errors and concessions:

Further, there was virtually no progress on any of the issues effecting part-time and evening teacher salary schedule, benefits, hours and guarantee of future employment, despite that being the constituency that had won the election for CTA.

The AFT continued to issue its weekly bulletins to all faculty and urged a No vote. However, the majority of faculty took the stance that the newly elected bargaining agent needed to be supported, and ratified the contract. 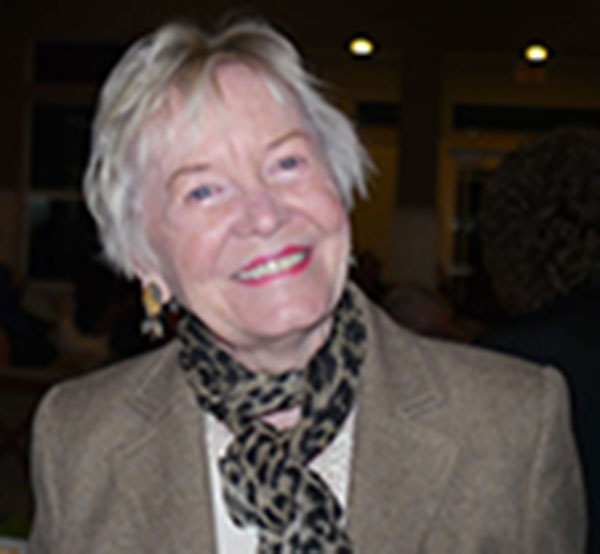 Since our election had been close and CTA had botched the first contract, we became one of the few AFT locals to move to decertify. Pat Manning (photo, far left, circa 1970), once again our Local President, had been elected Vice President of the statewide CFT. He proposed that national AFT help us to de-certify CTA by funding a full-time organizer from the district faculty. This was granted and Pat recruited Mary K. Stegner (photo, near left, at AFT 1493 50th anniversary party in 2013), a part-timer at Cañada. She took a leave from teaching and plunged into the job. We had a year and a half to work for the Spring 1982 election.

Mary K. made sure that every member of the bargaining unit was personally contacted, either by a member of that person’s department or by Mary K. herself. Again a list was developed of AFT supporters, CTA supporters, undecideds and possible converts from CTA to AFT. The latter groups were contacted multiple times. Publications were revved up with The Advocate, now a monthly publication, edited by George Goth, along with pink sheet updates as events transpired.

Our major strengths were:

(Another key element was the bitter annual fight around the District’s budget numbers and priorities, as well as monetary hanky-panky at the District Office. This is a large topic which deserves an in-depth report, and so will be our next installment.)

We filed sufficient signatures to force a de-certification election in May, 1982. The results of the May 18, 1982 vote: AFT: 350, CTA:300, No Rep: 23. A clear victory for AFT with no need for a run-off. AFT, finally in place as bargaining agent, got to negotiate its first contract.

Betty Kaupp, no longer an administrator, was elected Local President and acted as chief negotiator, along with Joyce Unger from Skyline and reps. from CSM and Cañada. The long fight to restore the rules that CTA had negotiated away had begun.

(No one who sent me information sent any details on that first contract. What I recall is that we got a better salary schedule for part-time and evening teachers, along with a better shot for them getting benefits; plus a written grievance procedure—which helped all future grievances, since the District invariably violated the procedure somewhere along the way. What else? If you have any info or memories on these topics, please send them along via email to ryurman@newsguy.com.)

Two years later the CTA filed for their own de-certification campaign, mainly based on rejecting agency shop for union members and mandatory withholding of a representation fee in lieu of dues for non-union members. One of the big concerns here was how much influence over our bargaining would be wielded by the statewide CFT and by national AFT, the latter going through some very negative times due to conflicts with communities of color over local control of K-12 schools in New York City.

The election took place May 16, 1984 and the results were: AFT: 364, CTA: 271, No Rep: 11. The AFT majority was increased and, though some faculty members continued to hold dual membership in AFT and CTA, CTA’s strength in SMCCCD wilted. AFT has been the sole bargaining agent for certificated employees of the District ever since.