May 2022 Advocate: CFT organizing for “Equity for Contingent Faculty”

During the 1st and 2nd of May, AFT1493 members hit the road to Sacramento to represent our local at the first-ever CFT conference and lobby day on the topic “Equity for Contingent Faculty.” The SMCCD group, which included local president Monica Malamud and Skyline faculty members Rika Yonemura-Fabian, Kolo Wamba, Timothy Rottenberg, Sue Broxholm, and Jessica Silver-Sharp as well as Executive Secretary, Marianne Kaletzky, was able to participate in many ways. 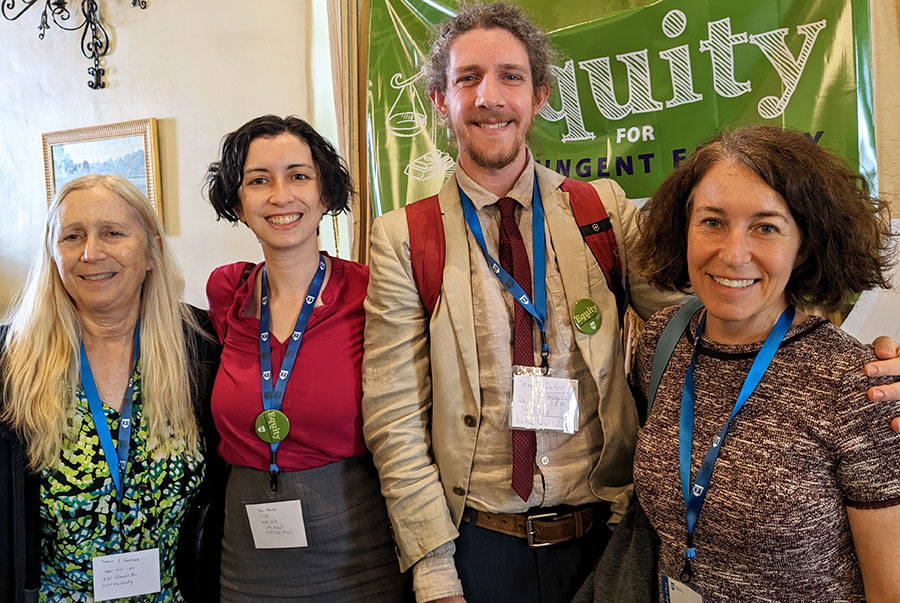 The first day was for organizing workshops. Rika and Kolo represented our Anti-Oppression Committee (AOC) with a workshop on how local unions can champion diversity, equity and inclusion by organizing for improvements in, for example, how SMCCD implements Title IX. They described their work to involve members in demanding change from our administration while also stressing part-time faculty’s systematic marginalization within the broader social and economic context. (It’s not too late to sign AFT’s petition for gender justice, which has prompted the District to begin revisiting administrative procedures for Title IX; read more here).

On day 2, lobby day, we split into small groups, did some role-playing work, and then made visits to the offices of California’s assembly members and their staff including Kevin Mullen, Scott Wiener, Bill Dodd, and Thomas Umberg. The goal? First, to secure their support for Governor Newsom’s January state budget proposal to increase the Part-Time Faculty Health Insurance Fund by $200 million; second, to secure their support for bills AB1752 (Santiago, D-Los Angeles) and AB1856 (Medina, D-Riverside). 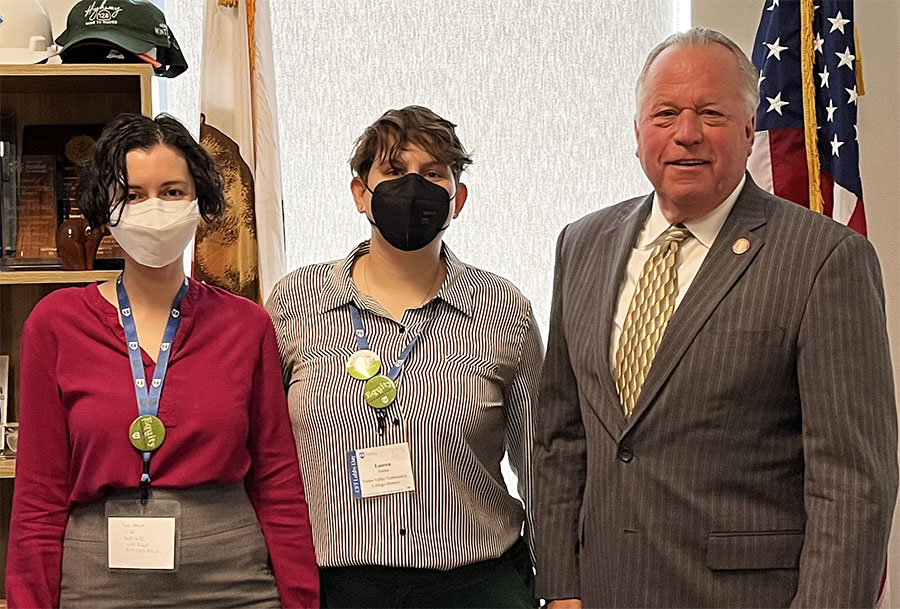 AB1752 would create pay parity for part-timers by requiring districts to adopt terms of compensation of at least the same ratio to full-time faculty for comparable duties, while AB1856 would increase the teaching cap for part-time faculty from 67% (the “67% law”) in a single district to up to 85% of full time in one district. Part-time faculty made their arguments to representatives with personal examples of the pitfalls of working without adequate health care and having to drive hundreds of miles per week between different districts due to the 67% cutoff. Lobby day was organized by CFT’s lobbyist Michael Young, which was no small feat with many faculty unable to attend at the last minute due to Covid.

The Conference also called attention to CFT’s Survey of Part-Time faculty, published May 1 (“Statewide survey results call out healthcare crisis among part-time faculty in community colleges”), which we encourage you to read.

During the conference we met AFT student interns from other districts (this year our local provided internships to students Cat Stoehr and Shannon Hoang) and made plans to connect our future interns for fun and collaboration.

Throughout the conference we heard from CFT President Jeffery Freitas, who emphasized CFT’s commitment to ending the two-tier system that creates an underclass of adjuncts with worse compensation, benefits, and job security than permanent faculty, and networked with other local AFT organizers and faculty.  If you have questions about the conference or these pending bills, contact Marianne Kaletzky <kaletzky@aft1493.org>.