Social justice organizing in our communities 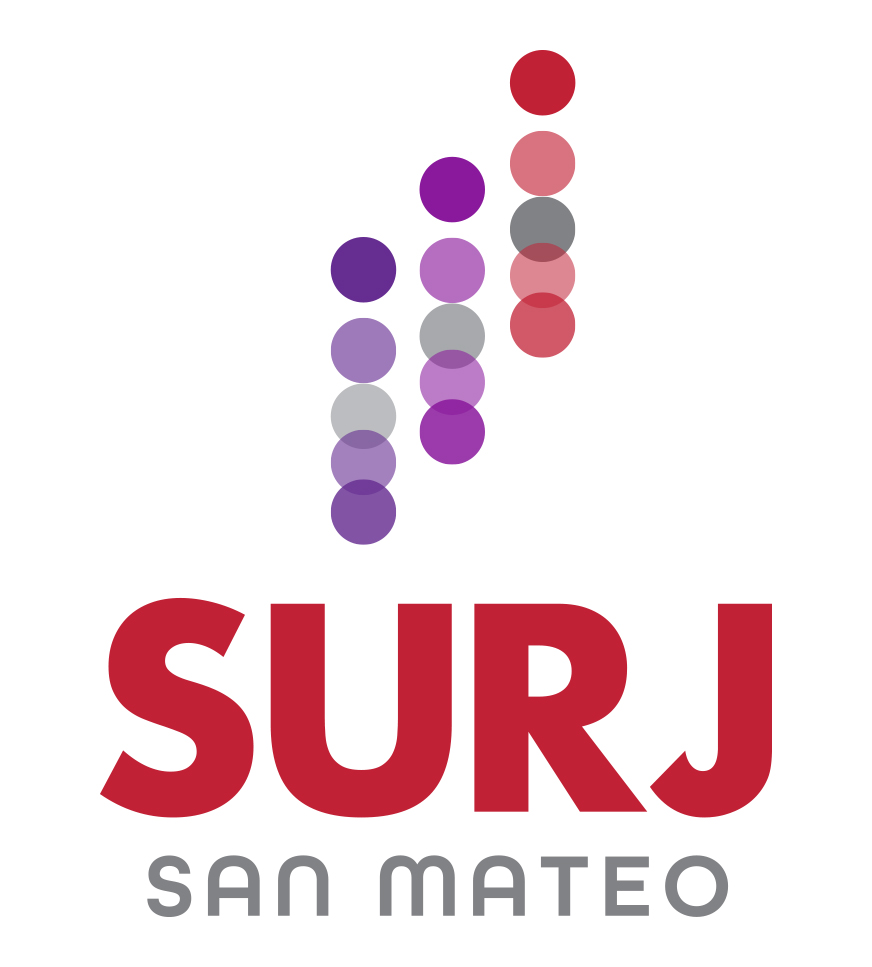 Are you outraged by the repeated police killings, the criminalization, mass incarceration, the economic and political disenfranchisement of BIPOC (Black, Indigenous, People of Color)?  Do you want to join with others and do something about it? Do you want to be part of the effort to dismantle the deep-seated systemic racism which has historically infected all society? Are you willing to look honestly at your own racist complicity, attitudes and prejudices?  If so, we invite you to join us in SURJ San Mateo.

Showing Up for Racial Justice (SURJ) was formed in 2009 in response to the violent racist rhetoric and actions following the election of Barack Obama.  SURJ is designed particularly for white people and others of privilege to address the root causes and public manifestations of white supremacy culture, not only the police killings, mass incarceration and economic injustices, but also their own unwitting complicity in systemic racism.  The national SURJ organization grew steadily over the following decade, and by 2020 there were more than a hundred local chapters.  The summer of 2020 saw a national outpouring of outrage against yet more police killings, and as part of that outrage, SURJ saw a great many new local chapters being formed across the country.  SURJ San Mateo is one such new chapter.

All SURJ chapters consent to a number of basic principles.

Since its formation last summer, SURJ San Mateo has partnered with Faith in Action Bay Area (FIABA,) a BIPOC led organization working with congregations and other community groups on issues of immigration, voting and housing rights.  We have written letters, made phone calls and sent emails as FIABA has requested.  Recently we have also partnered with San Mateo County Coalition for Immigration Rights (SMCCIR) to work against deportations, and Peninsula Anti Racism Coalition (PARC), particularly in the campaign for trained professionals and not the police to respond to 911 calls when someone is having a mental health crisis.

During lockdown SURJ San Mateo has met regularly online on the second Tuesday of each month.  Each meeting is likely to include several action items – an opportunity for self-growth and learning, an outreach on behalf of a current campaign, time to deepen our relationships with each other, and an invitation to share financial support.  We also have study groups to read books or watch movies together to advance our knowledge and understanding, and work action groups to advance our several current campaigns. There have also been public witness gatherings and the offering of testimony to county supervisors and city councilors.

If you are feeling frustrated and angry about the state of the world and how white privilege shows up, please know there is a group of people waiting to join forces with you. Join SURJ San Mateo!

For more information or to join SURJ San Mateo, see: