What does it mean when SMCCCD is called a
“Basic Aid” or “Community-Supported” district?

A small number of California community college districts, including the San Mateo district, are referred to as “Basic Aid” or “Community-Supported” districts because they are funded differently than other districts. A district becomes 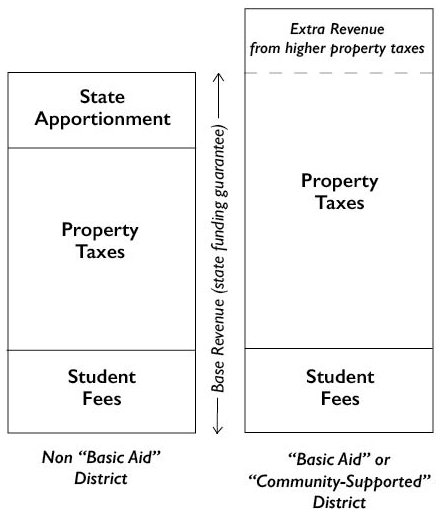 “community-supported” when its share of local property taxes plus student fees exceeds the state funding guarantee as determined by state formula. Community-supported districts do not receive state apportionment funds based on enrollment (FTES), but instead they get to keep the higher revenues as local property tax values accumulate above the state apportionment.

The San Mateo district attained “basic aid” status in 2011. At that time only three other community college districts in the state–Marin, Mira Costa and South Orange—were basic aid. Since then West Valley/Mission and San Jose/Evergreen (in the Bay 10), along with Napa Valley, San Luis Obispo County and Sierra districts have also become community-supported districts.