By Marty Hittelman, former President of the California Federation of Teachers 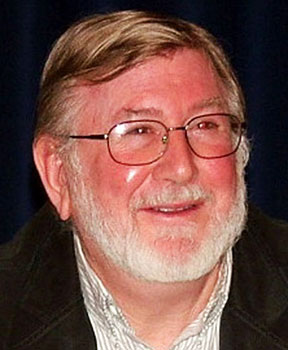 The Academic Senate for California Community Colleges (ASCCC) met in Plenary Session on November 13-15, 2014 at the Irvine Marriott. The topics discussed included what to do about the Accrediting Commission for Colleges and Junior Colleges (ACCJC) and the negative impact that their sanctions were having on the colleges.
In breakout sessions faculty representatives spoke to the excessive workloads involved in developing college reports addressing the often-vague requirements imposed by the Commission. A college chancellor advised faculty on how to battle the ACCJC when their college received less than a clean slate on the ACCJC standards. He was forthright in his condemnations of the ACCJC.

Blunt criticism of the Commission
The discussions were filled with bluntly-stated negatives regarding the Commission. The new bluntness was a turnaround from past Senate sessions where delegates stepped lightly so as not to bring down the wrath of President Barbara Beno of the ACCJC on their colleges. I would attribute this achieved courage to a new perceived reality coming out of the fight to save City College of San Francisco and the revelations from the testimonies in the People vs. ACCJC trial. People often feel more willing to fight back against a bully when they see others successfully fight back.
The Senators present at the Plenary voted to approve a number of resolutions related to the ACCJC. They included:
•    Criticism of student learning outcomes (SLOs) with regard to evaluation of faculty including a proposed interpretation of Standard III A.6: “Faculty are responsible for using the results of the assessment of student learning to participate in college processes to evaluate student achievement at the course, discipline, and college-wide scale as appropriate.  Faculty should engage in professional growth and development that improves teaching and learning.  The active participation of faculty in these collegial processes may be a factor in the evaluation of faculty; however, the results of assessments of learning outcomes are not a basis for faculty evaluation.” This is not a direct attack on the imposition of SLOs or the intrusion into collective bargaining, but it is a start.
•    Criticism of the overturning of accreditation evaluation team findings by the Commission (as in the case of CCSF) and calling for “the Accrediting Commission for Community and Junior Colleges to provide comprehensive training to its evaluation teams that is of such depth and scope that the recommendations of evaluation teams will normally serve as the primary basis for a college’s evaluation.”
•    A call for transparent justifications given by the ACCJC “when they are not congruent with the evaluation team’s recommendations.” This would have the effect of making public the recommendations of Visiting Teams.
•    Criticism of the ACCJC for the underrepresentation of faculty on ACCJC External Review Committees. This is one of the ACCJC deficiencies found by the U.S. Department of Education Office of Postsecondary Education. The resolution approved noted  “the California Community College Chancellor’s Office Fall 2013 Report on Staffing, that faculty represent 67% of staffing in California’s community colleges while administrators only represent 5.6%.” The Senate took a path that so far only a couple of Visiting Teams have met and recommended that the ACCJC “appoint college External Evaluation teams with at least 40% faculty representation.”
•    A resolution also called for a “report out at the Spring 2015 Plenary Session on the proportion and number of faculty on each of the Accrediting Commission for Community and Junior Colleges visiting teams for Spring 2014, Fall 2014, and Spring 2015.”
•    Although the ASCCC had in the past called for the removal of the ACCJC as the sole accreditor for California’s community colleges and that the California Community College Board of Governors heard at First Reading in November a proposal to remove the ACCJC as the sole accreditor, the Senators voted to refer a resolution to the ASCCC Executive Committee that Senate representatives “bring to the next Consultation Council meeting a proposal to reach out to the North Central Association of Colleges and Schools and the Northwest Commission on Colleges and Universities to determine their interest in accrediting community colleges in California.” The resolution had a Whereas that provided the information that “the North Central Association of Colleges and Schools accredits colleges in Arizona, Arkansas, Colorado, Illinois, Indiana, Iowa, Kansas, Michigan, Minnesota, Missouri, Nebraska, New Mexico, North Dakota, Ohio, Oklahoma, South Dakota, West Virginia, and Wisconsin; and the Northwest Commission on Colleges and Universities accredits colleges in Alaska, Idaho, Montana, Nevada, Oregon, Utah, and Washington.” Hopefully, once the Executive Committee researches the two accreditors, the Senate will join others in contacting these accreditors to find out if they would be interested in applying to the U.S. Department of Education for the ability to accredit California’s community colleges.
The Board of Governors will vote in January 2015 to remove the ACCJC from Board of Governors regulations which will allow the selection of a new accreditor for California’s community colleges. The U.S. Department of Education will likely determine whether ACCJC satisfies their requirements to be an accreditor in Fall of 2015. The Board of Governors will address a timetable for the return of the elected CCSF Board of Trustees to power and the removal of the Special Trustee with Extraordinary Powers (although this is contrary to the current fad regarding super heroes) at its January meeting. This will depend somewhat on the decision in the case of The People vs. ACCJC, which is expected in late December or early January. Final arguments in The People vs. ACCJC will take place on December 9 at the San Francisco Superior Court beginning at 1:30 P.M.
The tide has turned but the final results are not yet all in. We will persevere.

For more on the ACCJC, visit accreditationwatch.com, where Marty Hittelman (shown in photo above) regularly provides extensive, up-to-date information on all aspects of the Commission’s actions.

Dear faculty colleagues, Thank you to the over 300 faculty members (317 as of 9/11) who signed the petition supporting our counseling faculty. The petition, which was submitted to the Board of Trustees at the September 9th Board meeting,  calls on the District to provide clear information about the rationale for return-to-campus requirements, involve counselors […]

Dear faculty colleagues, Physical and mental health have been top of mind for most of us since the pandemic began—and all of us know too well that our communities are still confronting significant health struggles. We are writing to share a free mental health benefit available to all working AFT members, and to ask your […]