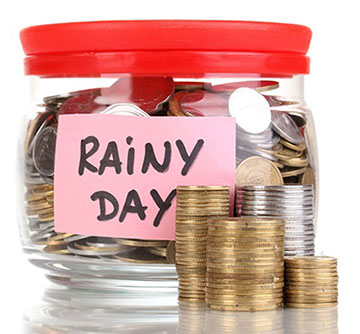 A new District Board of Trustees policy has been proposed that would set “the appropriate level of reserves that the District will strive to maintain in its Unrestricted General Fund” at 15-30% of the District’s annual Unrestricted Gen
eral Fund. (see proposed Board Policy 8.12) This would be a significant increase over past budgets. The Contingency Reserve in the District’s 2012-13 final budget, for example, was 5%, an amount that was described in the budget as “strongly recommended by the State.” Additionally, the proposal would require a two-thirds vote of the Board to use any monies in the reserve.
The new reserves proposal has come up for discussion before both the Cañada College and CSM Academic Senate Governing Councils and both Senate bodies opposed the new reserve levels.

15-30% is much higher than required & Basic Aid funding from County is strong
At the November 13th Cañada College Governing Council, Spanish Professor Monica Malamud spoke against the new reserves proposal on a number of grounds. She pointed out that a reserve of 15-30% is much higher than required by law and is unwarranted at this time, given that the District is now Basic Aid, which provides a much more reliable revenue stream. Since our funding is now based on property taxes, it is extremely unlikely to go down or even remain stable, especially since property values in San Mateo County have not tended to go down, even when they do in other areas. Monica explained that while the District’s reserve in their proposed budgets has typically been at the 5% level, their final budgets normally have a higher ending balance, commonly in the high teens. What this shows is that the District spends less than they budget for, or that they budget quite conservatively. Monica emphasized that having budgets that result in ending balances in the teens is very different from institutionalizing, by Board policy, such a high reserve level.  She also added that the requirement of a 2/3 vote of the Board to spend down any part of the reserve would require 4 out of 5 votes in favor rather than the normal majority vote of 3 out of 5, thus making that money more “untouchable”. Ultimately, the Cañada Senate leaders voted unanimously to oppose the newly proposed reserve levels.
At the CSM Academic Senate meeting on November 25, the same arguments were made against the new policy as were made at Cañada’s ASGC meeting. Although there was no vote at the CSM meeting, as it was an information item, unanimous opposition to the new reserves proposal was expressed. Executive Vice Chancellor Kathy Blackwood will be attending the next CSM Senate meeting in December. The CSM Senate’s position of no support to this proposal will be shared with Kathy at that time so she will have the opportunity of responding to Senate criticisms of this new reserves proposal.