AFT 1493 RESPONSE TO THE MURDER OF GEORGE FLOYD 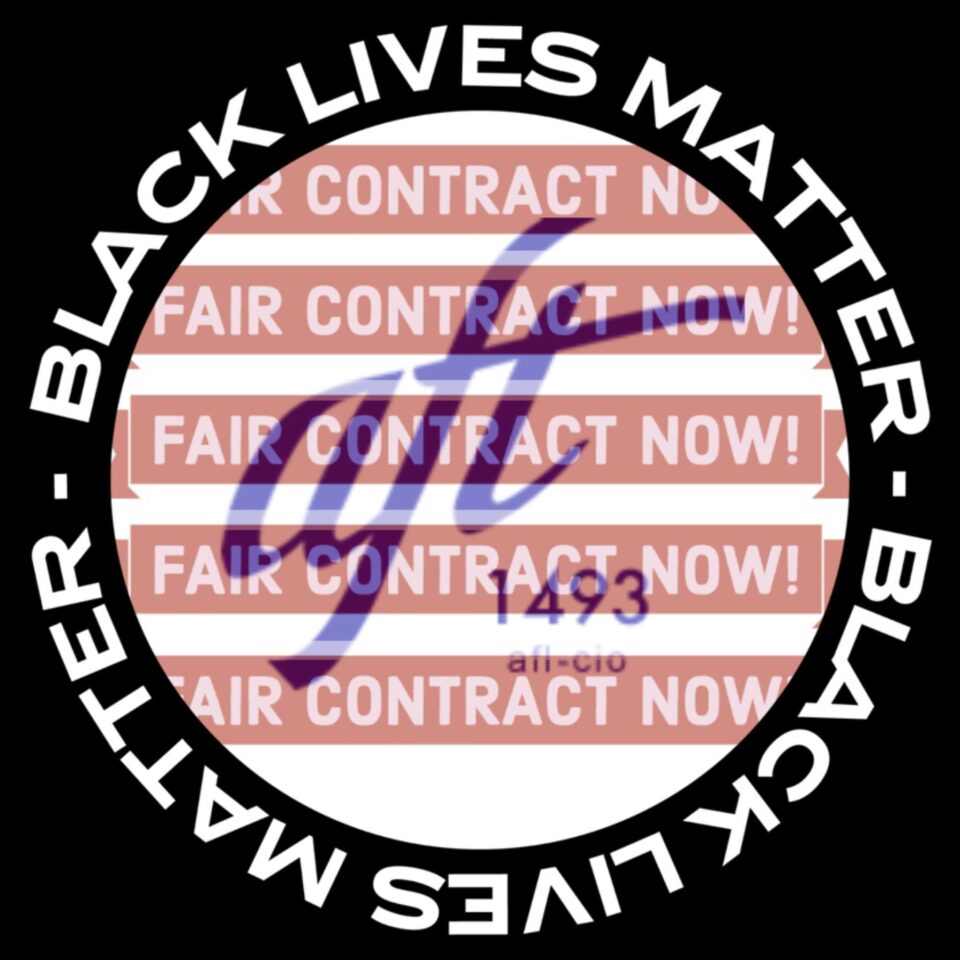 In the strongest possible terms, AFT 1493 condemns the state-sanctioned murder of George Floyd on May 25 in Minneapolis, Minnesota. We stand in steadfast solidarity with our brothers and sisters of color and with those raising their voices and marching in the streets. We denounce historical and structural racism and the ever-present legacy of white supremacy and anti-blackness on which this country has been built. We stand together with communities of color whom the racialized system of policing has demonized, criminalized, and debilitated in their struggle for justice.

We have been heartened to see the labor movement across the country join in the condemnation of the endemic police brutality and systemic racism in this nation. We applaud our brothers and sisters at ATU Local 1005, whose president, John Costa, affirmed their members’ right “to refuse the dangerous duty of transporting police to protests and arrested demonstrators away from these communities where many of these drivers live. This is a misuse of public transit” (ATU Statement). Their action demonstrates the power that working people have when organized. We encourage OUR members to raise their voices in support of our communities to demonstrate our commitment to the struggle.

We also applaud the AFL-CIO of Minnesota, whose president Bill McCarthy has called for the immediate resignation of Lt. Bob Kroll, the president of the Police Officers Federation of Minneapolis (which has never been an affiliate of the Minnesota AFL-CIO). The statement says Kroll “has failed the Labor Movement and the residents of Minneapolis. Bob Kroll has a long history of bigoted remarks and complaints of violence made against him.” The Guardian has reported that Kroll referred to George Floyd as a “violent criminal.”

In a recent statement, former President Barack Obama wrote, “So the bottom line is this: if we want to bring about real change, then the choice isn’t between protest and politics. We have to do both. We have to mobilize to raise awareness, and we have to organize and cast our ballots to make sure that we elect candidates who will act on reform.” We couldn’t agree more. Our most sacred mission as educators and members of the California labor movement is to empower our students so they can advocate for themselves and become informed, active members of their communities and to provide our students with the tools they need to craft their own critical, ethical, and broadminded approaches to the deepest social problems that confront our world.

To that end, in addition to supporting our communities in their fight for justice, we encourage our members to financially support the current struggles, to educate ourselves on issues of systemic racism in this country and, where possible, to incorporate the exploration of social and racial justice issues in your curricula in the fall. The lists below provide some resources.

EDUCATIONAL AND OTHER RESOURCES